Launched in 2016, 1812Blockhouse is an online-only, independent news and information operation which has Richland County, Ohio as its exclusive service area (metro population approximately 125,000). It was the first site launched in what has since become Total|Local Media. 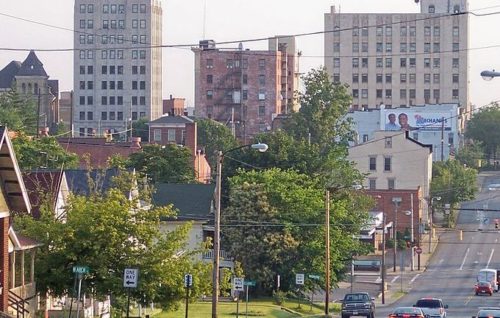 Mansfield and Richland County were chosen as the initial location for this project for several reasons. Geography played a part, but so did the presence a wide variety of existing local media, including not only a Gannett daily (Mansfield News Journal) and a small television news department (WMFD), but also a high profile online site that is in itself a contributor to the national conversation on digital media (Richland Source, a member of “LION” publishers). The latter site has historically been open in terms of relevant statistics in traffic and revenue. The combination of these factors created an excellent opportunity to measure growth, impact, and net revenue, as well to experiment with content and distribution.

While 1812Blockhouse sports a somewhat similar look to the others referred to above, there have been differences between us and them from day one. We have, in essence, developed our own “secret sauce.”

This approach, in turn, created the framework for Total|Local Media. That framework is based on the following seven points of emphasis:

An emphasis on organic news coverage.

A strong emphasis on curation.

An emphasis on cost practicality and revenue.

An emphasis on open source.

An emphasis on being quick, flexible, and responsive.

An emphasis on local. Really local.

An emphasis on innovation.

You can read more about this framework here (coming soon).

We’d be thrilled to share more about our operation and about north central Ohio, as there’s a great deal of background to all of the above that has not been covered in this quick overview. We invite you to learn more about Total|Local Media and what it can bring to your community. Email/DM/call/yell at us — we’d love to share more about all of this, including to your staff, class, or at your next event!

Oh — and about the term “Blockhouse.” A remarkable survivor from the early days of Mansfield, Ohio (county seat of Richland County), this structure now stands in South Park (see photo). Once located on the main square, it served as the very first Richland County Courthouse. For over two hundred years, it has been an icon of the community.

Next story :Our “Secret Sauce”

Communities are realizing that it is what makes a location unique that also makes it marketable. In other words, sustainable development is about capturing and communicating a sense of place. To achieve this end, an effective means to create consensus and to cooperatively make critical local choices is required — from front porches to Main […]